The World Bank: Uzbekistan is among the top 20 improvers 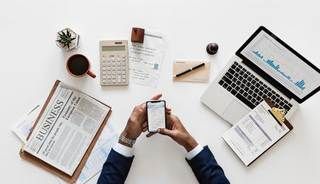 The World Bank: Uzbekistan is among the top 20 improvers  that have made the most significant reforms to facilitate the business. The World Bank has defined the top 20 countries that have made the most of their business reforms in the last year under the "Doing Business" international rating. Thereby, the steps taken in Uzbekistan in five areas were homologated. According to the World Bank, Uzbekistan has recently strengthened protection of minority investors, streamlined the tax system, strengthened enforcement of contracts, and made significant innovations in foreign trade relations. In addition, the new requirements for independent board members in commercial organizations and the role of audit committees have been strengthened. It is also noted that infrastructure taxes are combined with income taxes. Bank also acknowledged the steps taken to develop the institution of mediation, emphasizing that a single legal framework has been established and mechanisms for promoting the use of mediation have been introduced. Also procedures for customs inspections based on risk analysis were introduced in the customs area was welcomed by World Bank. The Ministry of Justice congratulates all the organizations and their officials who have taken part in carrying out reforms in this area.